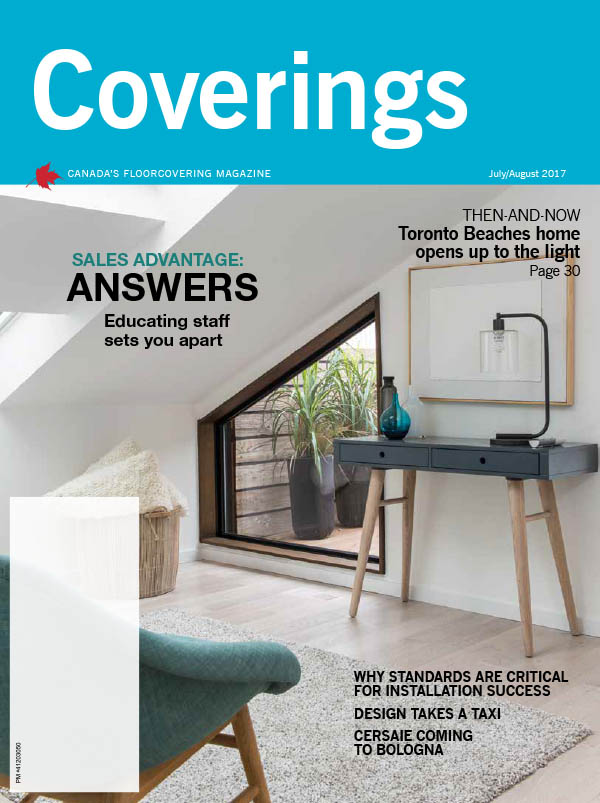 Flooring businesses have to be able to differentiate themselves from their competition in order to succeed. But what makes one enterprise smarter than the next, and more knowledgeable than your average big box store?

Staff training — in-house education, vendor seminars and apprenticeships — is what makes the difference. Training contributes to satisfying the demands of customers so that when their questions are answered with authority, they feel rewarded and appreciate the value added to their experience. 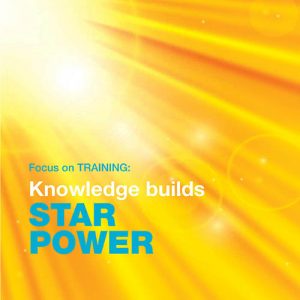 Fred Richardson, president of Cutting Edge Contract Flooring in Edmonton, Alta., sees the in-house expertise of his operation as a market differentiator. His company mostly serves the commercial market and is a member of the Fuse Alliance, an international association of commercial flooring contractors based in Laguna Niguel, Calif.

“I think you will find that with most of the Fuse Alliance members,” says Richardson. “It has helped us, there is no question. We field calls almost daily from our suppliers and from designers and architects asking for little bits of advice.”

According to Richardson, one such bit of advice might be “whether they should spec a certain product or whether they can do things with chemical weld instead of heat weld for a certain application. It puts us front and centre with the designers, architects and specifiers.”

Answering technical questions is just one example of providing a value-added service based on product knowledge. For Mark Aydin, owner of Victorious Flooring, an in-home sales, installation and repair organization based in Mississauga, Ont., lack of expertise and regulation of installers leads to the need for customers to be educated.

“A significant portion of our customers are saying, ‘We’re not going to buy carpet anymore because I don’t want my carpet to be adjusted every three to five years,’” says Aydin. “What they have been taught (incorrectly) by the previous guy who sold them carpet is that your carpet gets affected with moisture and traffic.”

The wrinkling and buckling of a carpet that has not been installed properly leaves the customer dreading the day she has to move all of the furniture out of the way for re-stretching. “Because our industry is not trained and regulated, the installer has no idea what carpet stretching means,” says Aydin. “Most carpet installers think that carpet stretching is just positioning the carpet.”

Whether you are the manufacturer, distributor, retail store or the person who does the installation, then you should know your flooring product, according to Aydin. “You should know what the relative moisture should be with your hardwood and what type of ground you need to put your hard surface floor on.

“The customer has to be happy with the product and know how to maintain the product. This way you can continue to sell to this customer and to his neighbours, friends and family.” 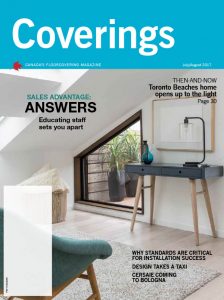 The technical expertise at Victorious Flooring is a very important marketing and sales instrument, adds Aydin. He notes that gaining that knowledge takes effort and involves a pro-active effort, such as attending vendor seminars and trade shows, especially with new flooring products continually entering the market.

While training might be readily available to flooring staff in metropolitan areas such as Edmonton and Mississauga, stores in more remote regions of Canada do face an additional challenge. At Stradwick’s Carpet One in North Bay, Ont., general manager Gary James agrees that training is an extremely valuable thing, but travelling to Toronto — an almost four-hour drive — requires extra time commitment for sales staff.

Like many businesses, it is hard for Stradwick’s to spare people from the shop for training twice a year, especially when it’s not in the same town.

“Most of the training is just one day sessions,” says James, “so we try to let them leave in the middle of the afternoon and stay overnight. As long as it’s a good time of the year for weather, it’s not so bad to drive home from Toronto.”

Richardson’s Cutting Edge store has the advantage of its proximity to NAIT (Northern Alberta Institute of Technology), the technical college in Edmonton that offers flooring installation apprenticeship training. As an apprenticeship training instructor in the program from 2004 to 2008, he certainly knows the value of the training offered at the college. In fact, the store operations have grown as a direct result of this education connection.

Long before Cutting Edge opened its commercial store, it was strictly an installation business. “I grew my crew from just two guys all the way to twelve,” says Richardson. “We started supporting training right off the bat. So as I send the guys to school to get trained I would have to hire somebody to replace him.

“When he came back from school we just kept the next guy and so we just grew the crew that way.” The only downside was that sending the guys to the apprenticeship school took them out of circulation for six or seven weeks. “I then needed somebody to take up that slack. We would eventually hire somebody else and he stuck, then we sent him to school and would have to hire somebody else.

“When we opened up our commercial store we just continued that trend.” The store now has a little training booth in the back — much like ones constructed at NAIT for apprentice trainees — “where journeymen can go back and assist with the guys that need a bit of a touch up. When you see a new product come out you want to try it.”

Flooring apprenticeship courses are not available in all provinces, according to Richardson. He notes that Saskatchewan and Manitoba don’t have them, while B.C. uses the union-driven Install (International Standards and Training Alliance). Ontario employs the Ontario College of Trades to deliver training for union-track jobs.

There is also the Red Seal interprovincial designation for floorcovering installers, Richardson adds, a national trades body administered by the Gatineau, Que.-based 15-member Canadian Council of Directors of Apprenticeship, a federal, provincial and territorial partnership.

Training also follows trends in the flooring market, with luxury vinyl tile (LVT) being noticed more and more. James sees the material overtaking wood, while Aydin also has it on his radar, despite being more of a carpet specialist. Richardson has watched the transition from asbestos-laden VCT (vinyl composite tile) to LVT, and how that has affected the use of adhesives during installation.

“A lot of installers didn’t realize that things had changed,” says Richardson. “You can’t just grab your multi-purpose adhesive and get in your truck and go and install everything.” Different installation systems were introduced that were specially developed for a product that demanded installers had to follow certain guidelines. “You couldn’t just spread an adhesive and let the room dry and start installing.

“There were semi-wet applications especially when LVT came on the market. People were treating it like VCT and painting entire rooms with adhesive and letting it tack up and flash over and start installing.” With no grab to it, the old adhesive would seem OK at first “until it goes into use then you start to see failures. It is a matter of educating the installers on that kind of stuff.”

When it comes to competing with big box retailers, dedicated flooring outlets with more product knowledge come to be relied upon when it comes to purchasing and installation decisions. Stradwick’s storefront, for example, is right next door to a Home Depot that isn’t shy about sending over referrals.

So knowledge IS power — and sales.

Three Strategies for Selling Flooring in a Recession