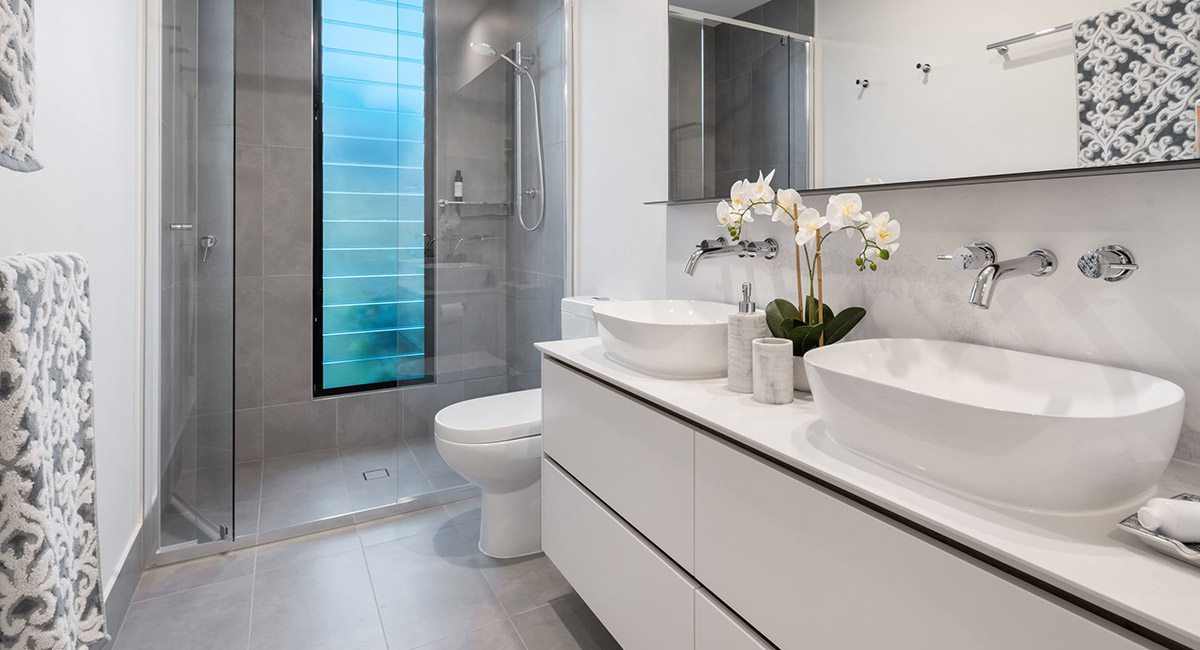 The Importance of Flood Testing a Tiled Shower Floor

Flood testing is an integral step to ensure the performance and customer satisfaction of any shower tile installation that will be subjected to continuous water flow. If the tile isn’t watertight, the installer could be responsible for costly and timely repairs due to leaks, mould and other serious moisture issues.

Know Local Codes
Prior to performing a flood test, it is imperative to know which plumbing codes apply — provincial and national. Local codes can vary and different types of showers cannot be measured the exact same way. For instance, a standard bonded waterproofing test for a shower calls for measuring to the height of the dam, which might be three inches. But the codes aren’t always clear on whether that depth is based on the screens clamping flange or the threshold that holds the membrane.

Another exception is if installing a handicap accessible shower where there is no dam, such as a curbless or zero-entry shower. The height of the dam is actually the high point of the floor and some requirements call for testing two inches above that mark.

In addition to this, the timing of the flood test needs to be coordinated with the local plumbing inspector who might only be available on certain days of the week.

Performing the Flood Test
A carefully performed flood test is critical to finding any leaks that may appear in the shower tile installation.

To begin, securely plug the drain with a properly fitted and fastened mechanical pipe plug or pneumatic air expansion plug. Create a temporary dam in the shower and then fill it with water to the required height. It is essential to use water from another source and not from the shower itself to eliminate the possibility of water leaking from pipes or elsewhere.

Once the shower floor is flooded, take complete notes of the water level and testing process along with several photos. Allow the water to sit for at least 24 hours before assessing whether there has been any leakage. If the test reveals a significant loss of water, the most likely causes are an unsuccessful installation of the waterproof membrane or various bolts and screws need to be tightened. In any event, further investigation will be required to fix the problem.

Closely Follow Job Specs
It’s necessary to fully understand what is called for in the drawings and specs, be it waterproofing, crack isolation or both. Flood testing is a best practice for shower tile installations, while the local plumbing code will determine the exact height required for the test. Knowing the specs will help determine how best to bring in lumber to build the dam (if needed for a zero-entry shower), find a water source, remove the water and then clean up.

It’s also important to accurately estimate the amount of time needed for flood testing and charge for it accordingly. As well, tile installers should not assume responsibility for waterproofing underneath another contractor’s product. This could open them up to liability far outside their control.

Final Thoughts
Without a flood test, moisture could potentially damage a newly installed tile shower and result in customer callbacks. Consider what may happen if standing water becomes trapped in the shower pan below the tile, even though it appears clean and dry on the tile and grout level. The moisture may spread to adjacent areas, breeding mould and attracting insects like termites and carpenter ants. Mould poses a serious risk to human health, while insects can lead to home destruction.

Remember, flood testing can be a rather lengthy process — taking as long as 48 hours to complete — so customers may be hesitant to tolerate the waiting period. It’s vital to explain that a flood test is essential to prevent short and long-term damages to both home and health.

Aaron Michaelson is a product specialist for H.B. Fuller’s flooring adhesives, with more than three years of flooring experience. H.B. Fuller is the parent company of TEC, whose HydraFlex mould and mildew resistant waterproofing crack isolation membrane forms a watertight surface over the walls, floors and sloped surface of a shower pan to prevent moisture penetration. Prior to joining H.B. Fuller, Aaron graduated from the University of Wisconsin-Madison with a bachelor of science in chemical engineering.

How Software Changed Two Businesses for the Better

Employers: What the End of Covid-19 Safety Measures Mean

Specifying Flooring to Maximize the Benefits of Light

Office Install Honoured for Innovative Use of Flooring