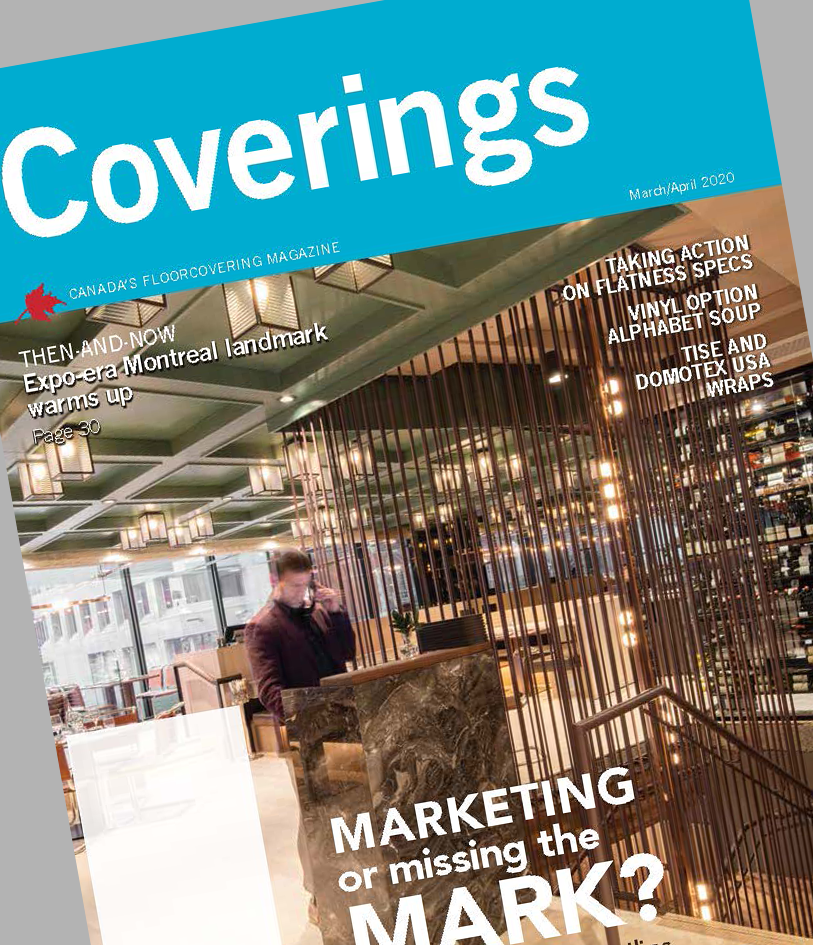 RU MARKETING or missing the MARK? 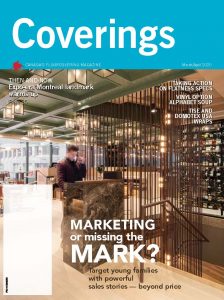 THE JURY IS IN. NOTHING MATTERS BUT PRICE. RIGHT? Not so fast …. If you talk to today’s emerging generational markets, you will find, just as with young people through the ages, that much matters more than money. It’s just that you can’t act on your dreams without resources.

An aside before we continue – let’s not use “millennial,” “GenX,” etc. We are talking about young families, not “cohorts.” Buzz words are great for seminar barkers with glitter to sell, but if you’re thinking of your customers as a cohort you should be selling sneakers or deodorant.

So…. You can’t act on your dreams without resources. Or can you? Jeanette Y. Martin owns B.C.-based MYBC Consulting. She recalls customers that had purchased $15,000 light fixtures or a $10,000 stove, only to put a hard limit allowing only the cheapest of floors. One, in particular, gave her a hard limit of $15.50 per square foot, installed, and it had to be black, double gluedown in a townhouse.

After hard searching and dealing, Martin came up with just the ticket: it was .8mm, it was about 15 years ago when everybody wanted a black floor, and this floor was black and it was on-budget. The only problem, she says, if that every time you looked at it, it was dented.

It was dusty. She can’t recall how many boards she finally had to replace on the job, but she does recall the customer walking her into the powder room and showing her a $1,500 mirror.
“You know, I said, the issue we’re having with the floor, which is the most important aspect of your design… If I had $1,000 of that $1,500 mirror to put into your floor, do you realize what I could have done?

Clearly, Martin reasoned, it was not whether her clients would spend money to get what they wanted; the problem was there not knowing what they really wanted. They had been falsely educated.

Looking at the matter more closely, Martin saw that her customers were voicing requests based on what they had seen on HGTV or in home-design magazines, or now on Instagram – all media that are heavily influenced in their content by advertisers, to include lighting, mirrors and appliances.

Another area of influence, Martin says, is in patterns as “design.” In the example of an area rug, she says, “Somebody may see a pattern they like at a friend’s house or in the media, and they may request it. However, there is a huge difference between the way that rug will look over time. The pattern you like from a big-box store may only last a season or two, the similar pattern from New Zealand or Australia may last a lifetime and a hand-knotted rug from Persia may last generations or longer.

“There is one particular pattern,” she says, “a linked chain. You see it everywhere. I am so done with that pattern. But people want that one pattern because they have been shown what to want, and they want the pattern before the function. This is inherently backward.”

This is critical, Martin says, because, whether we like it or not, today’s new homemakers have been educated to value recycling, to be concerned about climate change – carbon. These same people, she says, have seen their older generations buy based on value… on quality … and they can understand that buying goods that improve with time and last more than a season is environmentally responsible. But it’s up to the designers to get this message across.

Too many designers, Martin says, are content to give the customers what they say they want and then move on to the next customer.

Organic materials have character, Martin says. A human body is organic. If we get a cut it can become a scar and the scar becomes a story. I have a gouge on my floor. It’s part of the floor and it has a story, and I can tell that story whenever it’s appropriate. “You don’t put laminate in your house to create value and story,” she says.

“When people look at television, the internet or design magazines, they are looking for inspiration. They are looking for inspiration, but they don’t understand the perspiration” that comes from seeking out products that not only fulfill the search for a style or pattern, but also fulfill the function of quality. This is where the designer comes in, Martin says. The customers may come to the designer with a pattern and want a quote, but it’s up to the designer to say that the sample they are providing comes from Lumber Liquidators, it is low-quality and it won’t last.

With the advent of social-media connections, that is where the education is going come. That will be their wake-up call, and that will determine their buying decisions.

Five Flooring Trends to Watch Out for in 2022