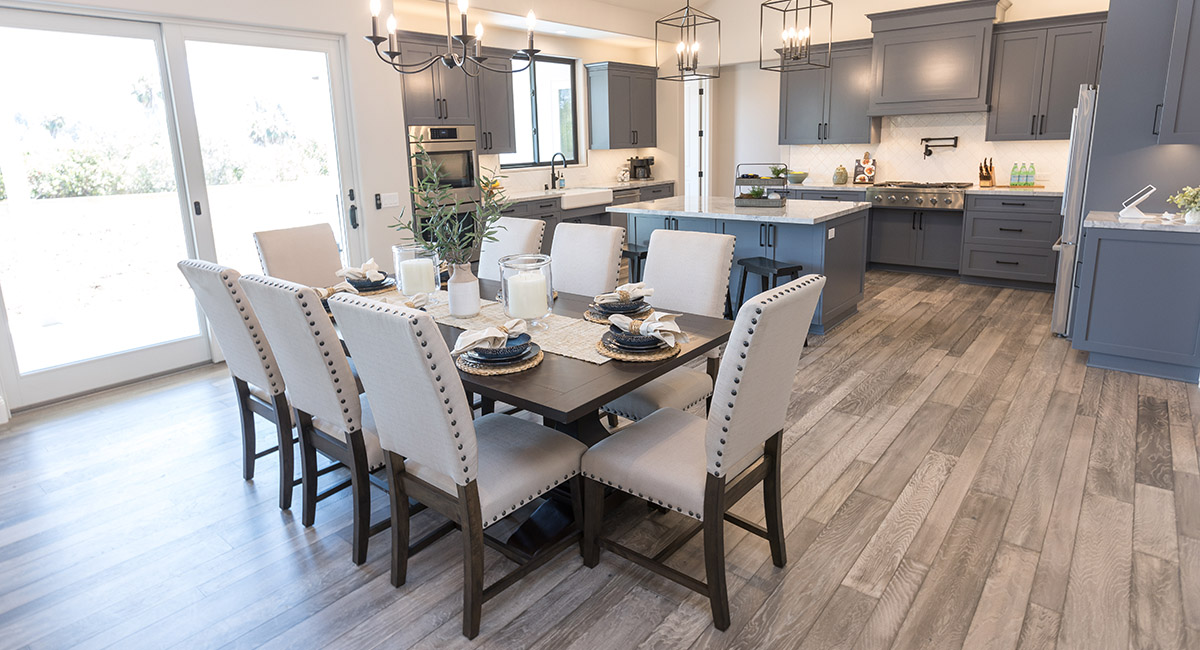 Mannington Mills has provided flooring for another home constructed for a severely wounded veteran through the Gary Sinise Foundation’s R.I.S.E. program.

“We were honoured to provide our Cider Mill Oak hardwood flooring for this home,” says John Hammel, senior director of hardwood and laminate at Mannington. “It not only looks beautiful but creates a durable, continuous surface for easy wheelchair navigation.”

Located in Vista, Calif., the specially adapted custom home was built for retired U.S. marine staff sergeant Stuart DiPaolo, who served multiple deployments in Iraq and Afghanistan. During a training exercise at marine corps base Camp Pendleton, DiPaolo suffered life-changing injuries when his all-terrain vehicle rolled over on a weathered course and its roll bar crushed his head. His neck and every bone in his face were broken, his right-side carotid artery was severed and his left eye was detached from the optical nerve. DiPaolo lost his sight in one eye, and his left arm and leg were paralyzed.

In the seven years since his injury, it became increasingly clear that DiPaolo, a husband and father of two, needed a home customized to his physical needs so he could move forward with life in a more independent way. The R.I.S.E. (Restoring Independence Supporting Empowerment) program made that possible.

Established in 2011, the program predominantly supports post-9/11 defenders that have been injured in combat operations or during training while performing their duties.

Sixty-three homes have been built to date. Flooring is provided by the National Wood Flooring Association (NWFA) through its members. Currently, 143 NWFA member companies have donated product, logistics and installation services to the initiative, with a total value of more than $5.7 million US.