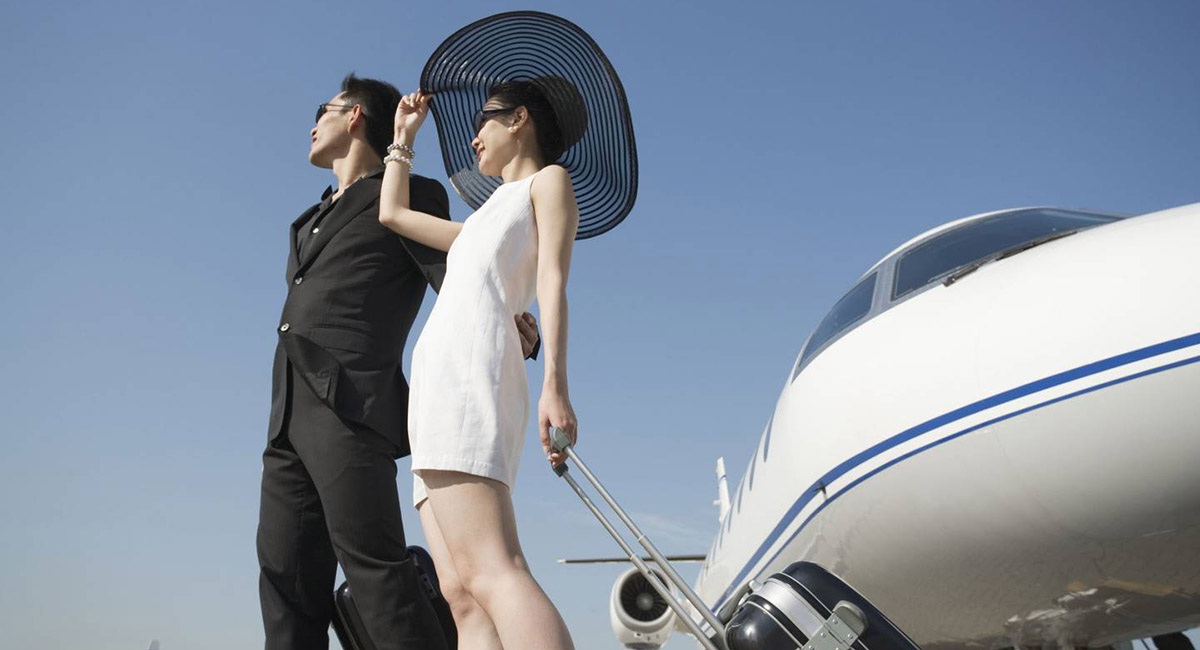 How Wealthy Consumers Select to Spend their Money

Luxury is not really an invention but the consequence of a human desire for what has become considered an ugly term — indulgence. And it comes in two distinct forms: inward and outward indulgence.

While it is commonly believed the genuinely wealthy don’t display their affluence, this isn’t always true. Many wealthy individuals still value outward, public indulgences for status amongst peers and as an announcement of their accomplishments.

They also value inward indulgences for feelings of achievement and success, particularly experiences for the mind and body. These indulgences are far more personal and private. But that doesn’t mean they are any less extravagant — in fact, with the wealthy, they can be more so.

There are countless reasons why people choose to buy luxury items. There are also many reasons people give themselves and others to explain why they made a purchase. Luxury often needs a motive because it is considered unnecessary, particularly if lacking significant financial resources.

This leads to an assumption that the wealthy always make luxury purchases in every category. And that given their wealth, they are invariably able and willing to pay more than an ordinary consumer. However, this isn’t really the case.

A Practical Mindset
It is true that for the wealthy, buying something luxurious isn’t a momentous occasion, partly because of their resources but also what they are used to in their lifestyle. So, many ‘luxury’ purchases are made with much more practical considerations in mind than would be the case for an ordinary consumer.

For ordinary consumers, the event of buying something luxurious is part of the enjoyment and this can help build a sense of long-term value in the overall purchase. While wealthy individuals expect and to some extent enjoy the ‘extras’ that come with luxury, they are not often as taken or distracted by the novelty of a luxury purchase experience. Instead, many wealthy individuals’ purchases in the luxury sphere are made from the perspective of potential utility: Is this something to care about or is it a passing fancy soon to be forgotten?

These motivations affect how they approach the process but also how they expect to receive information and service. With products that need to be taken seriously, particularly those that are expected to last, wealthy individuals can be more demanding than ordinary consumers.

A Sense of Philanthropy
Though the wealthy are often lampooned as the epitome of selfishness, they can be exceptionally giving, especially when it comes to their family and close friends. Very few people in a wealthy individual’s immediate circle are in the same financial position as they are, so as their net worth increases, this phenomenon is exacerbated. As a result, they generally take on the financial well-being of not just their spouses and children but also their grandchildren and other relatives.

This philanthropic thinking often filters into their own purchasing behaviour. Like the ordinary consumer, the wealthy have to think about who they are buying for when it comes to purchases that affect others. For example, a family car still has to get the seal of approval from a spouse or the kids, irrespective of the financial inconsequence of the purchase. However, wealthy individuals are more susceptible to understanding how something is going to be good for other people in their life and not just them. This relegates number one thinking to number two, which they are able to do out of habit and because of their resources.

A Different Sense of Value
One of the most common misconceptions about the wealthy is that they don’t care about ‘value for money’ or getting a good deal, simply because they can afford not to or because they make significant purchases that appear wasteful or absurd to ordinary consumers.

In fact, the wealthy are as concerned, sometimes even more, than ordinary consumers about getting a good deal because they are naturally defensive and alert to the dangers of being ripped off. Some of this comes down to their business mindset — most of them are founder entrepreneurs — but it is mainly due to the fact that they do not like being targeted or sold to as ‘someone wealthy.’

The affluent believe they should always get value for money. However, what value for money is to wealthy people is often different to an ordinary consumer who can be mainly motivated by promotional events. Wealthy consumers’ idea of value for money is about the perceived value in what they are buying. This is best buffered by concepts such as rarity, exclusivity, human stories of craftsmanship, origin and longevity. The wealthy would rather buy something once that is 100 times the price of the standard item that they’ll have to replace on more than one occasion.

Served but Not Over-Served
One thing the wealthy are accustomed to is being catered to, waited on and looked after. Their worlds rely on a platoon of service-minded individuals — personal concierge, chef, trainer, driver and even pilot. And so, when they interact with luxury stores or hospitality, they have a higher expectation of service than ordinary consumers who are more conditioned to self-service.

However, this higher expectation does not translate to a radically different idea of service. Many companies make the error of providing over the top and obsequious velvet rope service delivery, which not only puts them off but on the defensive, concerned that they are either being targeted for their wealth or the extraordinary service means the product underlying the service is overpriced. This actually serves to reduce perceptions of long-term value.

Instead, service needs to focus on the basics: speed, discretion and neatness. Where the wealthy differ from average consumers is that drops in these basics are often fatal, particularly discretion, and they can persuade them never to return as they simply don’t need to.

Show Respect
Respect is a core belief for many. Respect for the world, other people, businesses, families and institutions, as well as respect demanded from others in return.

The wealthy share this belief in mutual respect. They expect respect not for their achievements, status or wealth but for the way they conduct themselves as people. They see respect as a two-way street and will shun any individual or organization that shows them any level of disrespect and find one that doesn’t. The wealthy are particularly sensitive to dishonest acts and communications, price gouging, excessive extra charges, and, crucially, unnecessary and unrequested invasions of their privacy.

One way of showing and receiving respect from wealthy consumers is by distributing knowledge. While they have already sated their appetites in other areas of life, they consider knowledge as something they can never have enough of and accordingly enjoy acquiring it from others. Businesses and organizations that provide it to them are admired and, if appropriate, receive their patronage. More knowledge is not just a way forward for them, their family and business; it is a form of power and achievement.

Winston Chesterfield is the founder and director of Barton, a strategic insight consultancy established to serve businesses in the luxury and prestige sectors. The company combines evidence and guidance to help these organizations and brands thrive.

Tarkett Taps into Beauty of Nature

What to Know About Firing a Probationary Employee

What to Know About Grout for Wood-look Tile