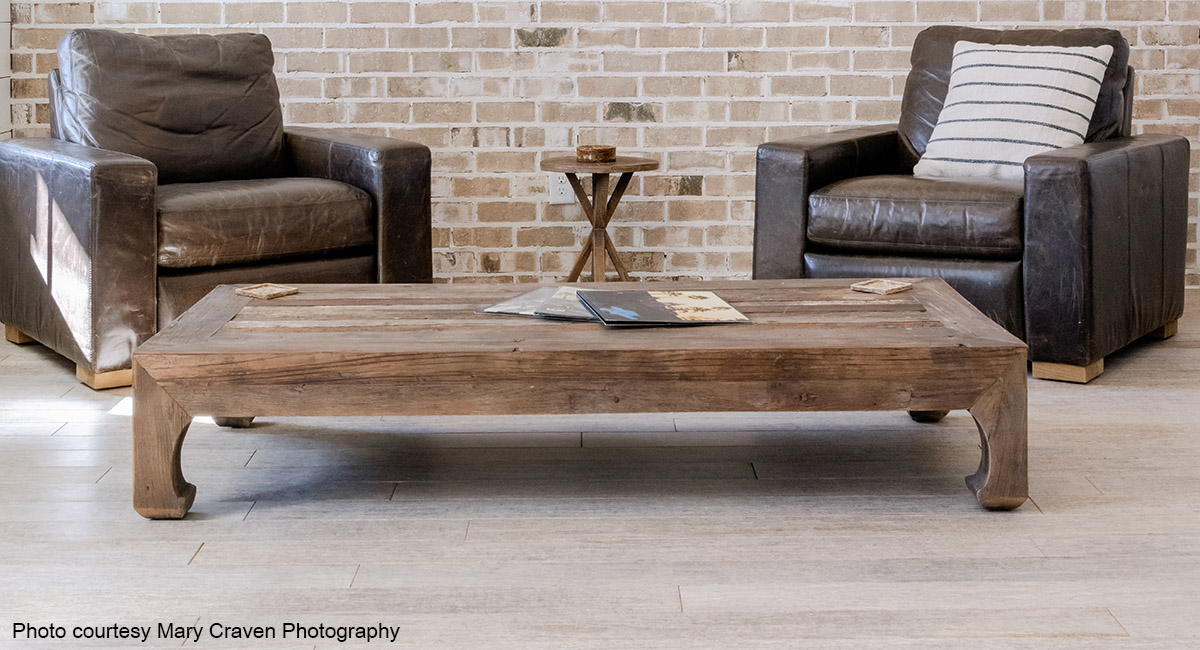 As early as 2800 BCE, hemp has been utilized for textiles, food and even currency. Given its rapid growth and fibrous structure, hemp offers many advantages. It has even been coined the ‘sacred grass’ in some countries. But although originally widely used, industrial production was banned in 1970 in the United States, as part of the war on drugs. It was not until almost five decades later, with the passage of the Farm Bill in 2018, that hemp was welcomed back. In response, the market flooded with new products, including building insulation and a fibre-reinforced concrete made of hemp. With these advancements, it was only a matter of time until the emergence of an engineered wood flooring.

Hemp is an ideal flooring material because of the strength of its fibres. In fact, the low THC-bearing plant is 20 per cent stronger than American white oak. What’s more, it is one of the most eco-friendly and viable wood substitutes in the world. It takes just 150 days to go from seed to flooring, which is 100 times faster than traditional domestic hardwoods. Unlike other bio-based material floorings like bamboo, hemp flooring has ultra-low volatile organic compounds (VOCs) due to the use of a soy-based, no added formaldehyde adhesive in the manufacturing process. Additionally, plywood used for the flooring’s substrate is certified by the Forest Stewardship Council, meaning that the lumber is harvested responsibly.

At present, only one company manufactures engineered hemp flooring, which can be used in both residential and commercial applications. It can be installed onto concrete and wood subfloors by the glue down or nail method, or as a floating floor. The tongue and groove system allows for a neat, tight fit. Boards are five-eighths by five inches and up to 72 inches long. They are available as site-finished, pre-finished or can be custom coloured. The four-millimetre top layer can be refinished up to four times within the product life cycle.

Hemp flooring is similar to other engineered hardwoods but often outperforms in multiple categories. For example, it has a Janka hardness rating of 2,200 pounds-force, making it extremely durable. Pre-finished hemp flooring is both scratch and slip-resistant unlike hardwood surface coverings. Hemp flooring also has a fire rating well above the commercial standard. The Class 1 rating can be attributed to its density. Hemp flooring is customizable, too. And unlike traditional hardwood, there is choice in the grain pattern. Because it is cut on different sides, consumers can select from two patterns: live and rift sawn. Live sawn emulates a sporadic pattern, which resembles Damascus steel. Rift sawn has a more linear pattern that matches closely to traditional wood grain.

When compared to luxury vinyl tile (LVT), which is trending in many homes today, hemp flooring is more environmentally friendly. Unlike LVT, it is both Carb 2 and TSCA VI compliant. This signifies that the flooring releases a low enough amount of formaldehyde to be considered safe. Recent testing indicated that there are no detectable levels (below 0.008 parts per million) of VOCs in pre-finished hemp flooring. Aside from the health benefits, hemp flooring’s naturally variant grain patterns add a depth of character and uniqueness to a room when compared to the printed wood grain of LVT. In terms of cost, LVT trumps hemp flooring from a manufacturing and installation perspective. However, hemp flooring is price competitive with American white oak.

Alyssa Trombetti is communications coordinator for Fibonacci, LLC, better known as HempWood. HempWood is a patented hardwood composite that is used to make lumber and flooring. It is presently the only hemp flooring available in the market today. Alyssa can be reached at [email protected].

How to Install a Tile ‘Rug’ within Existing Flooring