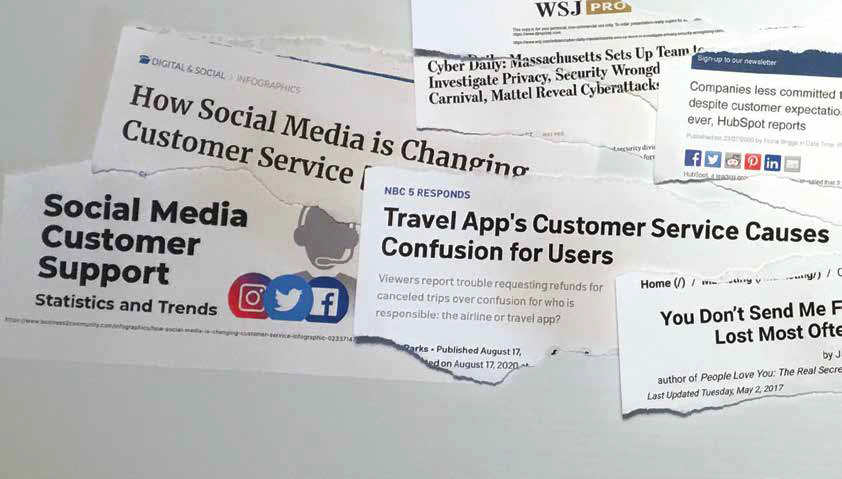 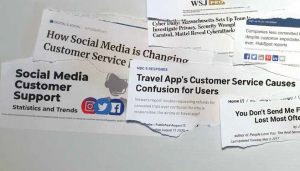 Many years ago, I worked with a publisher that always confused anecdote with antidote. “Let me give you an amusing antidote,” he would say. I never said it out loud, but I always agreed. Any anecdote that ends up being an antidote is amusing in its bones. If you are interested, the rule in publishing these days is that publishers are from the sales side and may have very little formal education, while editors tend to be fairly well educated but lack judgement. It’s a marriage made in hell, and is largely responsible for the current condition of media. That said, if you view every anecdote as a potential antidote, you will find your life enriched.

By way of anecdote, my wife this month threw away a nearly new Cuisinart food processor. Last February, well in advance of the pandemic, we were sitting in the living room, talking one night, and a groaning, chewing, mechanical noise came from the kitchen, followed by the stench of burning electrical contacts and rubber. We went into the kitchen, and the food processor had turned itself on and lit on fire. Smoke, anyway. No visible flames, but smoke and stink. Nobody had been near it, and we had not used it for at least a day or two. It was just sitting there, alone. Naturally, we pulled the plug. This was clearly not a “normal” case of appliance failure. It was nearly bedtime, we could easily have been upstairs and there was no apparent trigger or reason the failure decided to happen as it did, unsupervised, alone and off.

It seemed to be an imminent safety threat we had dodged, but somebody else may not, so we tried to contact Cuisinart right away. Predictably, Customer Service was not available at that time, so we left a detailed, written description.

It was ignored, as were subsequent attempts. I am not an “enforcer.” On the other hand, I get irked when I am ignored — particularly on safety issues — so after a month or so I contacted Ontario’s consumer safety division and left a report. Crickets. More contact attempts with Cuisinart failed, so, more irked, I left a review on Amazon, where we had purchased the unit. More crickets.

Finally, after more calls to Cuisinart, we got instructions to call them on FaceTime so they could watch us cut the power cord off at the base before they would send a new one. Then a new machine showed up on our doorstep and that was that.

Customers Increasingly Ignored
The point of this long story is because it is indicative of a general level of customer service that has gone from a long history of diminishing service to an uptick once Amazon started offering no-questions-asked refunds to a sudden drop to neglect. Each one of us has become too insignificant to warrant a reply in the ever-so-important, yet virtual, digital world. We have yet to hear back from Consumer Safety or Amazon.

Another antidote (sic). I subscribe to the digital blasts of another publication in our sector. I have to; you don’t. We competitors like to keep an eye on each other. In case you have unsubscribed, which many have, I get up to four emails a day, and most have zero original, editorial content. They are just repurposed product releases from preferred advertisers. Legally, that makes them an ad, not editorial. The easiest way to see this is in Canada Post’s regulations for Publication Mail. I get it; digital is not postal. On the other hand, regulations are regulations, and a publication that contains more than 70 percent ads is a catalog. We polled you about sending emails every day, and you said don’t do it. If you like definitions, that would be a definition of abuse. You say don’t do it; they do it, anyway. So we move from customer neglect to customer abuse.

This deal with magazines did not used to be this way. Wonder why? There are two reasons. First, to include the postal regulations, a publisher would not pester you with direct mail on a daily basis because it would cost too much. Digital is not “free,” as many believe. However, once he has invested in the infrastructure, got hooked into the software “subscriptions” and hired a stable of kids that can talk slang, a publisher can diminish the cost-per-impression by beating his lists to death.

Second, very few publishers own anything. They are employees of megacorp communications companies and they run by committee. Once a list stops providing ROI, it’s killed, the publication is dead, the Gucci-shoes publishers explain to the shareholders that it’s the internet’s fault and they move on to video. Or Instagram. Or Snapchat. Or Twitter. Or whatever is not yet on life support. This applies equally to adverting, editorial and every bastard, inbred iteration of the two. 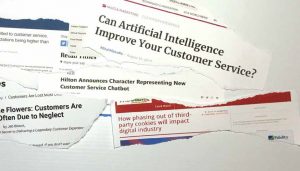 Clearly, there is a disconnect between Big Advertising and the consumer. We are forced to “accept” terms that allow for cautiously worded, yet malignant, privacy invasion, so-called searches that both reveal only sponsored content and ignore most of which happened before 1980 and, recently, identify, label and suppress ideas and arguments that are deemed not to meet some undefined level of propriety. We assume it is not long before any merchant that is not Amazon, Walmart or Nike will be canceled.

The Supreme Courts of both Canada and the U.S. in the 1980s decided to “find” a “limited right to commercial speech.” At the moment, we seem to know that “commercial speech” applies not only to merchandise and services, but also to special interests and social movements. What is not so clear is what “limited” means. At the moment, it appears the limits are well out there beyond Uranus.

Family Businesses Become Prey
This change in relationship between the governors and the governed, between the consumer and the provider, cannot be overestimated. It has affected the way we sell, the way we prepare the market for sales and the way we serve the customer after the sale. And the relationship has become predator/prey, with the Googles and Twitters of the world as predators, and family owned businesses as the prey.

How do we respond? There, as Shakespeare famously penned, is the rub. To be honest, the tried-and-true policy of putting the customer first has not worked. Not in a competitive sense. Nor has safety or quality. Not when you cannot get a reply in two months for a kitchen appliance that lights itself on fire, alone at night in the kitchen. Expedience is king. “We need to move on,” is the new mantra.

But is it? The Covid-19 pandemic has ground society nearly to a standstill. This has had interesting, sometimes amusing, results, such as back-ordering toilet paper and selling out of flour. If only we had bought shares in Plexiglas last January.

However, a sinister underbelly is being revealed. It is estimated that 14 percent of restaurants closed during the past five months will not reopen. As family businesses, these are not just numbers for StatCan. They are careers and fortunes. Family owned businesses rarely start up with excess cash or overflow from maxed-out RRSPs.

Entertainers are foundering. It was already tough when the digital world started stealing all the means of distribution and left the artists with a guitar and their shoes. Before the pandemic, there was still money in events. Now, many are sitting online with their hands out, begging through some starving-artists guild or pandering to YouTube for a chance to be heard through TV speakers or $100 ear buds.

You have heard it all. The travel industry is hurt, as are airlines, auto parts, gaming and the Olympics.

The oil and gas industry was hit, but here’s an interesting bit. Even in advance of Covid, the price war between Russia and Saudi Arabia had driven oil prices down, yielding a probability of default in that industry moving from 9.1 percent on March 1, to 22.5 percent on March 31. Housing starts and building permits, however, are on an opposite trend.

International trade also was affected heavily before Covid — particularly in the areas surrounding our industry. Imports from China were heavily influenced by negotiations and tariffs in China’s dealings with the U.S., and those had either reciprocal or opposing effects in Canada, depending on where you’re looking, but there was an effect. You will note in the CFCRA’s current column that Lee Senter reports Home Depot being out of carpet, adhesive, underlayment and other flooring supplies. Not expected. 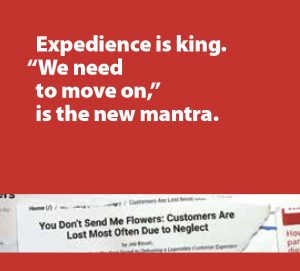 Canada is investigating Amazon Canada for its pricing practices. Google is being investigated in the U.S. and sanctioned in Europe. Et cetera. The fact is, the consumer is fed up with being pushed around. The dollar is still king, and until the consumer swaps that dollar for a good or service, he or she has the cards.

What can we conclude from these facts? It appears that maybe best practices set in place a dozen-or-so millennia ago may have been there for a reason, after all. In our Readers’ Surveys over the years, our own customers (you) have told us repeatedly you do not want people spamming your InBoxes, just because they harvested your addresses. You do not want outside special interests messing around with the content of your information. You do not want big corporations thumbing their noses at rules and regulations designed to protect your personal and financial information.

From the perspective of today, maybe old is the new new. As we peek out from under the shroud of Covid, your new customers may just want to do business with somebody they can trust. If you try it, it might make an interesting antidote.

The World is Changing