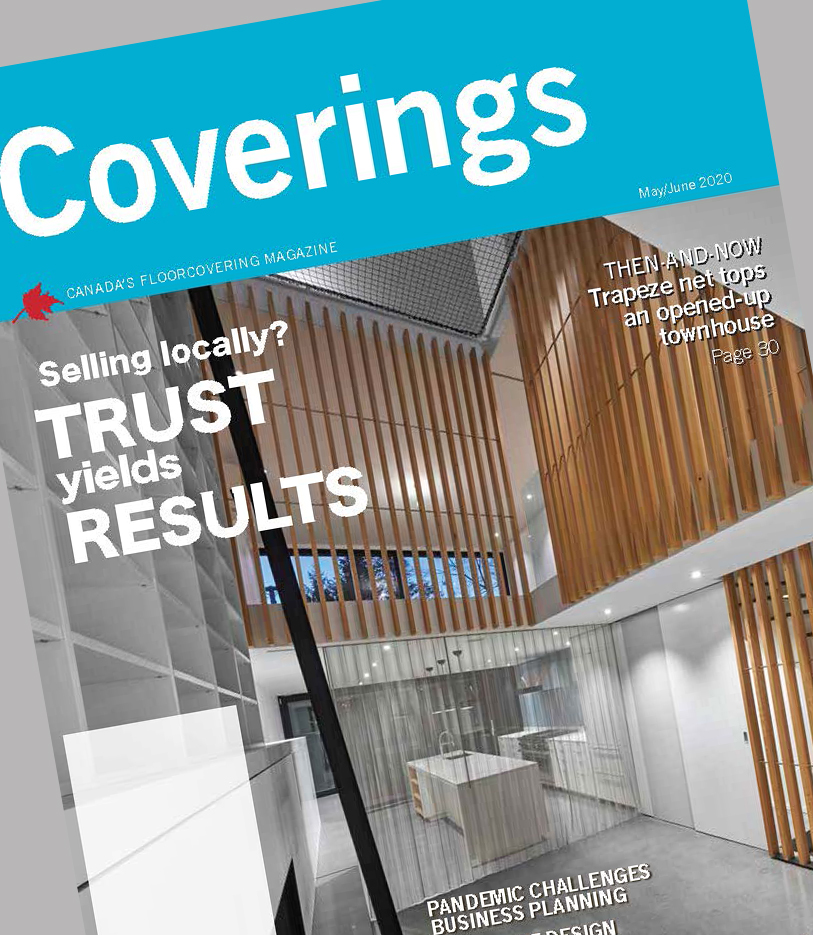 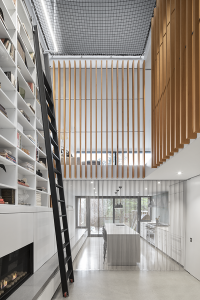 A poorly constructed 1970s townhome in the Westmount area of Montreal, QC, was purchased by a family with one thing in mind — a total gut job. Architectural firm RobitailleCurtis, also of Montreal, was given the mandate to turn the tired atrium house into a modern home.

Principal architect Andrew Curtis admits there were a lot of issues with the house. “The people who bought it knew they were going to renovate it. They came into it eyes wide open.”

Curtis says the unit was not well insulated, the parquet floor was coming unglued and the windows were cheap. “That obviously doesn’t do well in this climate,” he says.

The firm’s design highlights the dramatic vertical and horizontal axis of the home. On the ground floor, the linear hearth and views across the atrium and kitchen terminate at the new garden window wall. The vertical axis is highlighted by the two-story bookcase and vertical grain Douglas Fir slats.

According to Curtis, radiant heating was installed under the concrete on the ground floor and upstairs bathrooms. Engineered white oak hardwood with an oil rub finish is in all of the bedrooms, and sealed, Quebec-quarried St. Mark’s stone covers the stair treads.

Two major challenges faced Curtis. First, the atrium was too dark and needed to be opened up.

“There wasn’t much transparency through the atrium because there were 36-inch-high drywall guardrails with railings sitting on top of them. If you can imagine, the atrium space mostly filled with drywall — it just wasn’t super appealing.” 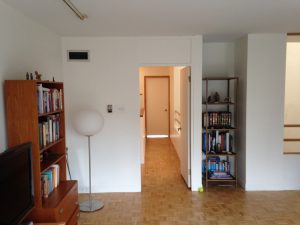 Second, the new owners wanted an extra floor of living space inserted into the structure. “The only way we could do it was to take up the old floor structure and put in new steel joists,” says Curtis. “That was a big job.”

The clients, a young family, wanted an open convivial layout with the ability to close off space so their Great Danes and cats could be kept out of the kitchen and living room, details that Curtis was able to accomplish. Unforeseen circumstances, however, led the family to sell the property to another family in short order.

He reports that “the new family is very happy” in the space, with a teenage son that shares the trapeze net as an awesome hangout area with his buddies. For safety reasons, the new owners have been advised to have the net expertly inspected once a year.

The Service of Seeking and Deciding: Design?