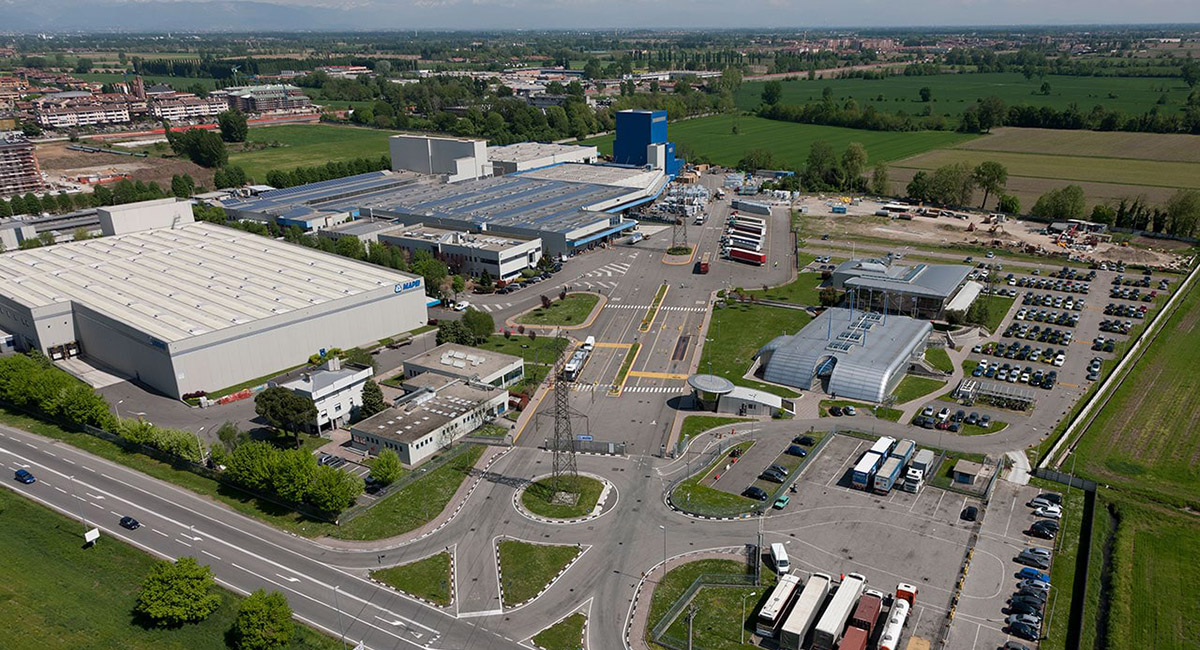 The past two pandemic years have thwarted countless businesses’ opportunity to thrive and prosper, so when a company marks a major milestone, especially one that started from humble beginnings, celebration is in order. But instead of revelling in its successes over 85 years, Mapei’s co-CEO and part owner, Veronica Squinzi, is looking to the future.

“We are treating this important milestone more like a starting line,” says Veronica. “We are ready to face new challenges, knowing that we can count on a team of the highest calibre.”

This sentiment is likely very similar to her grandfather’s, Rodolfo Squinzi, whose team consisted of just seven staff and the support of his wife, Elsa, when he founded the building materials business in the outskirts of Milan, Italy, in 1937. Unbeknownst to him at the time, Mapei, an acronym for Materiali Ausiliari Per l’Edilizia e l’Industria, would grow to become a multinational company with more than 20 product lines, 84 production plants, business operations in 57 countries, almost 11,00 staff and revenue of 2.8 billion euros.

Under Rodolfo, the company originally focused on the manufacture of paints and building materials. The first product to be created was Silexcolor, a silicate paint that has become one of the most popular products in the entire Mapei range. Subsequently, it shifted to the development of adhesives and products for the installation of resilient materials. Research led to the creation of Adesilex, an adhesive for bonding linoleum that was developed from Italeum.

In 1984, after Rodolfo passed away, his son Giorgio took over the reins of the family business and led it into a new stage of its development. This included the opening of Mapei’s first factory outside Italy, in Laval, Que. Mapei had entered the Canadian market 10 years prior under Rodolfo’s guidance, supplying products for installing the athletics track for the 1976 Summer Olympics in Montreal.

“Since our grandfather took that historic first step in 1974, and built the athletics track for the Montreal Olympics, we have never stopped investing in new markets,” says Veronica.

Once established in Quebec, Giorgio forged ahead with building factories on every continent. This resulted in Mapei’s international and exponential growth.

“We have no intention of stopping,” says Veronica.

Mapei recently acquired Resipoly, the first French manufacturer of high quality synthetic resins, and is currently building new factories in China, India, Egypt, Canada and the U.S., which will see the addition of two.

Throughout the years, countless projects and initiatives have seen Mapei play a leading role, from the upgrading of iconic buildings like the Guggenheim Museum in New York, La Scala opera house in Milan, and the Colosseum in Rome, to the construction of large infrastructure projects like the Panama Canal, and the company’s involvement in major futuristic projects like the ‘Arena del Futuro,’ an innovative green mobility project following the route of the A35 Brebemi motorway in Italy, based on dynamic induction electric recharging.

Now in its third generation of entrepreneurs with Victoria and brother Marco at the company’s helm (their father stepped down in July 2019, just three months prior to passing away), Mapei is fully committed to the foundations Giorgio laid, which form the company’s pillars: internationalization, research and development, specialization and sustainability.

“We believe that extending the life cycle of existing buildings is the best way to consume fewer resources and produce less waste for landfills,” says Marco. “We are also committed to making increasing use of raw materials with low environmental impact or secondary raw materials to help boost the circular economy, simultaneously striving to reduce the use of hazardous substances to a minimum in order to protect not only the environment but also workers’ health.”

What to Know About Grout for Wood-look Tile