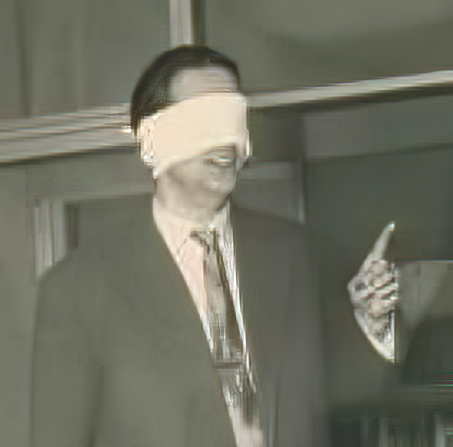 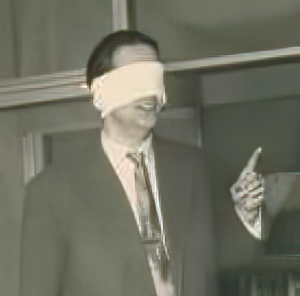 Who can see the post-pandemic future?

Coverings’ CFCRA columnist Lee Senter in this issue notes the fact that it’s odd trying to write a column six or eight weeks out from the time it hits the street. I’d like to say you get accustomed to it, but after writing for magazines for over 40 years, you don’t.

As of presstime, as the saying goes, the world remains on lock-down, although there are indications from several governments they are planning on easing restrictions. Some of those indications stem from countries that have had success already easing restrictions, and its common to see analysts refer to China, which country never had a stock-market crash and has never locked down the country entirely, while the epicenter and large economic generators in Wuhan, Shanghai, Hong Kong and Beijing, are back up-and-running while the rest of the world hunkers down.

So we wonder what the landscape will be as you read this, versus what we see as we compile.

One thing that is becoming more evident as the lockdown progresses is that all the milk-of-humankindness stories in the press are not playing out on the streets. The police presence is reported to be evident and substantial, which we can confirm by having seen four patrol cars at once in a small village north of our office — a sight that is not only not normal, but unprecedented. In the area around our office, all the parks, trails, lakes and forests have been closed, with a single exception that may just be an oversight. Some people are having trouble reconciling a social-distancing rule that requires six feet of space between people and groups of no more than five, on the one hand, with a rule that prohibits two guys fishing in a 17-foot boat five clicks from any other human. Why close a forest or trail?

Businesses are having it worse than individuals, at least on the enforcement side. Lawyers are telling us that the rule prohibiting non-essential businesses is overbroad and vague. How is a garden centre, for example, not an essential business? If we are looking at an extended period of restriction, aren’t beans, corn, tomatoes and basil essential?

Following consultation with counsel, one landscaping company in Ontario decided that maintenance is essential and went to work … and earned a $50,000 fine for its efforts. This cause another small-business owner to ruefully observe, “I never thought I’d see the day I could smoke grass legally and get arrested for cutting it.”

On some level, people will gripe, no matter what, and the government must be able to ignore the slings and arrows and continue with what is necessary. On the other hand, people are saying the government is taking advantage of ambiguous grants of power and is becoming irrational, non-responsive and arbitrary. 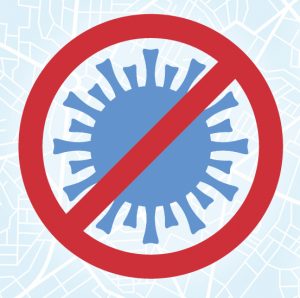 We noted in the April issue of our monthly e-letter that small businesses are seeing little benefit from the promised largess of the government, and we observed that a tick cannot create a deer, so the funds to repay the outflows will come from businesses. If you don’t receive the e-letter, it’s free, it only comes once a month and we only send a commercial extra a maximum of twice a month. See our marketing feature here.

I heard this (my time) morning from Parliament that we will see the $40,000 limit on interest-free loans lifted so companies can pay their employees now, then pay the banks back when the lump-sum, retroactive wage subsidy is distributed, likely in a month or so. My source also noted that many small businesses will go bankrupt before help arrives.

We predicted a while back that there will be huge social costs associated with this plan to defeat the virus, to include problems with alcoholism, crimes associated with lower illegal narcotics supplies, domestic violence and mental issues associated with isolation. Some of those predictions, unfortunately, are coming true.

The purpose of this feature is not to be a doom-sayer. It’s not our style. However, this is a business magazine, and you are business people and you are facing the task of making a plan with virtually no certainties left as cornerstones.

Here are a few excerpts from the April newsletter below (ragged left typeface), in case you are not a subscriber. We hope they may help fill out some questions and options. We regret that we have no answers. By the time you read this, I hope it’s all in the rear-view mirror. As one source yesterday told me he is telling his adult children: “Keep your eyes open. You are living history.”

First, this is untrodden territory. Nobody knows what’s next. We see journalists on every news show demanding to know what date this will end, how many will die, what the final cost will be, when a vaccine will be available, etc. To me, this seems a waste of time, unless somehow they believe information is available and is being withheld.

The leaders – in our case, Trudeau and Trump. – are desperate to decide. As I pointed out in an earlier note, a government cannot create an economy any more than a tick cannot create a deer. It needs an economy to tax, and shutting down the economy is to set the timer on a bomb. There is no Santa Claus.

Right now, the U.S. is reporting 550,000 cases of coronavirus, with 22,000 deaths. That yields a four percent death rate for reported cases. I will use U.S. figures, since I believe the U.S. has and will have the best testing regimen for the near future, and as testing increases the numbers of positives will doubtless go up, while the numbers of deaths will remain as reported, since people don’t fail to find dead bodies. This means as the testing increases the mortality rate will likely decrease. For us in Canada, we can simply use the 10x multiplier in lieu of anything better.

For the sake of argument, let’s assume the mortality figures comprise the entire set of corona-linked deaths since the beginning, and the beginning was February 16, so we are dealing with a two-month window.

Also, it appears for now that no numbers from China can be deemed reliable – not in the disease’s appearance date, its numbers of infected, its numbers of deceased or its mortality rate.

This is not to make light of the threat of Covid-19, but rather to show by context that world leaders have decided elsewhere to accept a certain level of mortality as the cost of keeping a balance of some sort, and many other, similarly damaging (sometimes voluntary) causes have not caused a shutdown of the economy.

Broadening the perspective, the Toronto Star reports that deaths in Canada may reach as many as 700 by April 16. The population of Canada is estimated to be 37 million, so the mortality rate as of April 16 may be about .00002, or 2/1000 of one percent of the entire, not the infected, population. Conversely, 99.998 percent of the population is being economically, socially, spiritually and familial–ly, affected by a disease they will not die from by April 16.

Please note: Dr. Deborah Birx, coordinator for the White House of its Coronavirus Task Force, has said that all deaths reported with coronavirus are being reported as deaths from coronavirus. This could affect the numbers in cases where somebody with high blood pressure, diabetes, coronary artery disease or some other risk factor gets coronavirus and dies, where the victim may have succumbed whether or not coronavirus was a factor.

All these facts argue nothing. You can change the variables as you wish. However, it leads me to the opinion I mentioned.

My guess is that [Trump] will reflect on the decisions of other presidents, such as whether to risk nuclear annihilation as Kennedy did in Cuba, or any other decision of major, fatal consequences by any other president, and he will choose to take the medical risks and send the country back to work.

I also think that Trudeau, while he disdains Trump and will make a big show of having a better plan, will not be able to watch the States waking up from hibernation alone, and be content to wait. We can’t afford it. So I think Canada will follow the States at some social distance….

My guess is that many of you are using this eye of the hurricane to puzzle out how to decrease employee costs, decrease benefits, reduce inventories, cut utilities and prospect new business.

One last point. I think that across North America we will see an imperative that we reduce the size, cost and influence of unions. As far as I can tell, not a single public-service employee is set to take a cut in ANYTHING as the result of the surgery the rest of us are undergoing, yet we will no longer be able to pay, let alone afford.

One major clue I see for this idea is that we have not heard a word from the unions during this debacle. Not a word. And I am certain if they had one, we would know. The handwriting is there on the wall. As the Canadian Union of Public Employees declares in the first line on its pension page, “Every Canadian deserves to retire in dignity with a decent retirement income.” Don’t business owners qualify as one of “every Canadian?” A tick cannot create a deer, and a parasite that kills its host is a candidate for extinction. We are not their vassals.

Like Trump, small business is facing possibly the hardest decision of its life. My money is on the decision to survive.

I will be interested to see how far off we are when this issue hits the street.