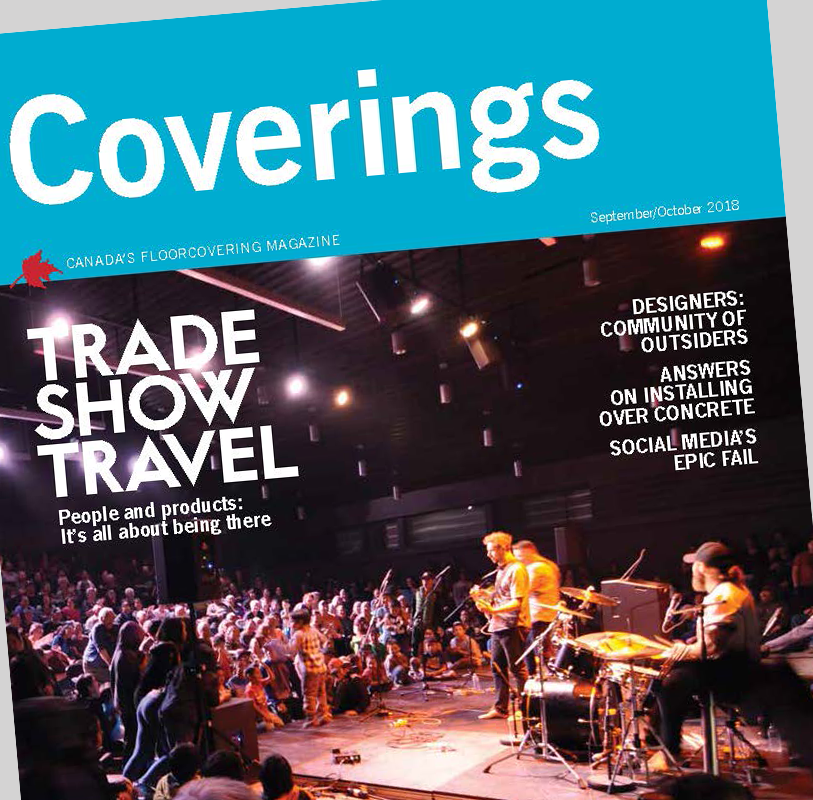 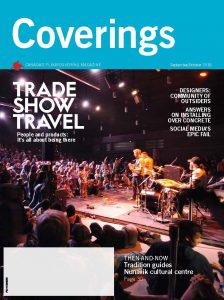 TRADITION MEANS THAT NUNAVIK’S Inuit north of the 55th parallel do not hesitate travelling long distances by plane to visit each other or to attend an important cultural event. Since fall 2017, the 10,000 people living in one of Nunavik’s 14 communities on Quebec’s northern peninsula can now gather in a new Cultural Centre located in the Northern Village of Kuujjuaraapik on Hudson Bay.

Commissioned by the village and originally planned as a showcase for the popular Inuit Games, the facility lends itself to all sorts of events, from storytelling, singing and dancing to concerts, films, banquets and other types of gatherings.

The architects at Montreal, Que.-based Blouin Orzes architectes, were inspired by the shape of icebergs to create the centre and won a Grand Prix du Design’s special Mention in February 2018. 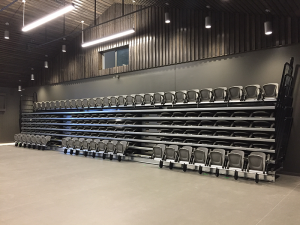 The 680-square-metre building has a slightly lopsided one-and-a-half-storey exterior volume. A light aerial structure signals the entrance portico, facing south, echoing the porch of the nearby church, the village’s oldest structure.

Given the building’s function and because of high heating costs, the lobby is the only area of the building with large openings. It opens directly to the main hall, which can accommodate up to 300 people. Thanks to retractable seating and its stateof- the-art scenic equipment, the hall lends itself to various types of events.

“The clients wanted to have resilient flooring for maintenance reasons,” says architect Catherine Orzes. “As the bleachers are very heavy — and have additional moving loads when the seats are extended or retracted — the wood structure had to be reinforced.”

Since the budget did not allow for a concrete slab to be poured, beams with minimal deflection were introduced to ensure the stability of the structure while the bleachers were moved back and forth as any movement in the floor structure might have damaged the smooth functioning of the bleachers.

“In terms of flooring,” says Orzes, “we found a resilient material, manufactured by Forbo, which was able to withstand the loads.” To avoid eventual marks on the floor left by the wheels of the bleachers aluminum plates in a biscuit formation were installed under the strips of floor in the path of the wheels.

“The client is very satisfied with the project, as are the federal and provincial departments,” says architect Marc Blouin, “which provided the grants (Culture et Communications Québec and Canadian Heritage). 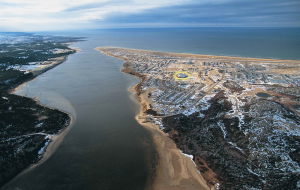 Importantly, the organization hired and trained personnel now able to organize events of significance.” He added that some other villages “have expressed their desire to have a similar facility in their own community.”

Outsiders have also been impressed. In September, the Montreal Symphony Orchestra plans to perform in Kuujjuaraapik.

Art of Carpet Making through a Designer’s Eyes